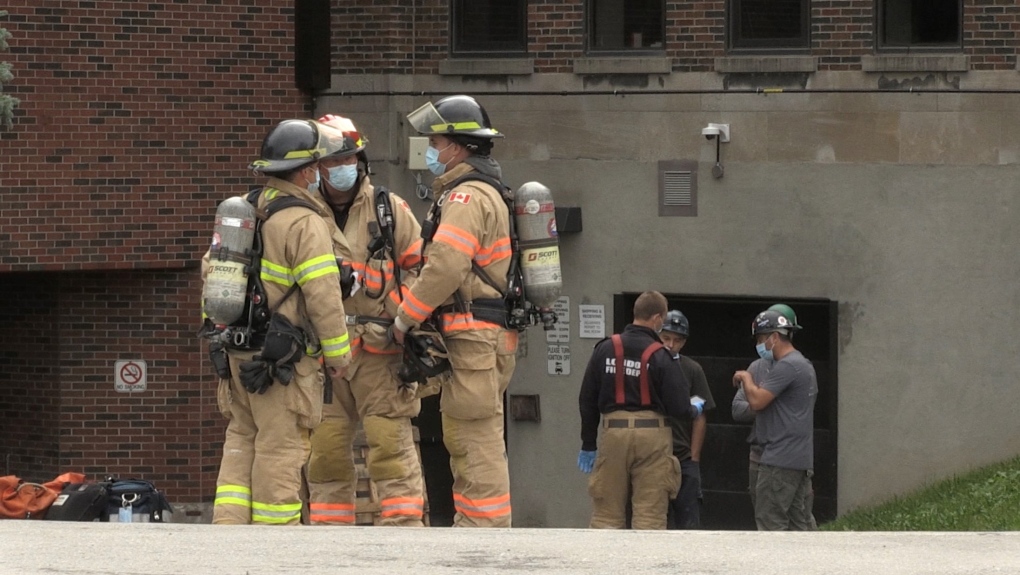 Two injured, the Ministry of Labor called after a fire at the TVDSB headquarters

Two contractors doing electrical work at the Thames Valley District School Board (TVDSB) main office were injured Thursday when a fire broke out in the building’s basement.

Firefighters were called to the Dundas Street East board headquarters around 2:35 p.m. for reports of a fire.

They found a small fire in the basement and managed to put it out quickly. The cause has not yet been determined.

Two men who were doing electrical work in the area where the fire started were taken to hospital with unknown injuries. Acting District Fire Chief Brent Shea described their injuries as “not life threatening.”

“So originally we got a call saying there was a structural fire there,” Shea said. “En route it was updated that there had been a loud bang. in the building – two people who were injured We went on stage Both people were out of the building Provided immediate care for them They were taken to hospital, London Health Sciences.

The Ministry of Labor has also been called in to investigate. As a result, the building will be closed on Friday, according to TVDSB education director Mark Fisher.

Ancient Greek Medicine: Who Was Hippocrates and What Was the Hippocratic Oath?