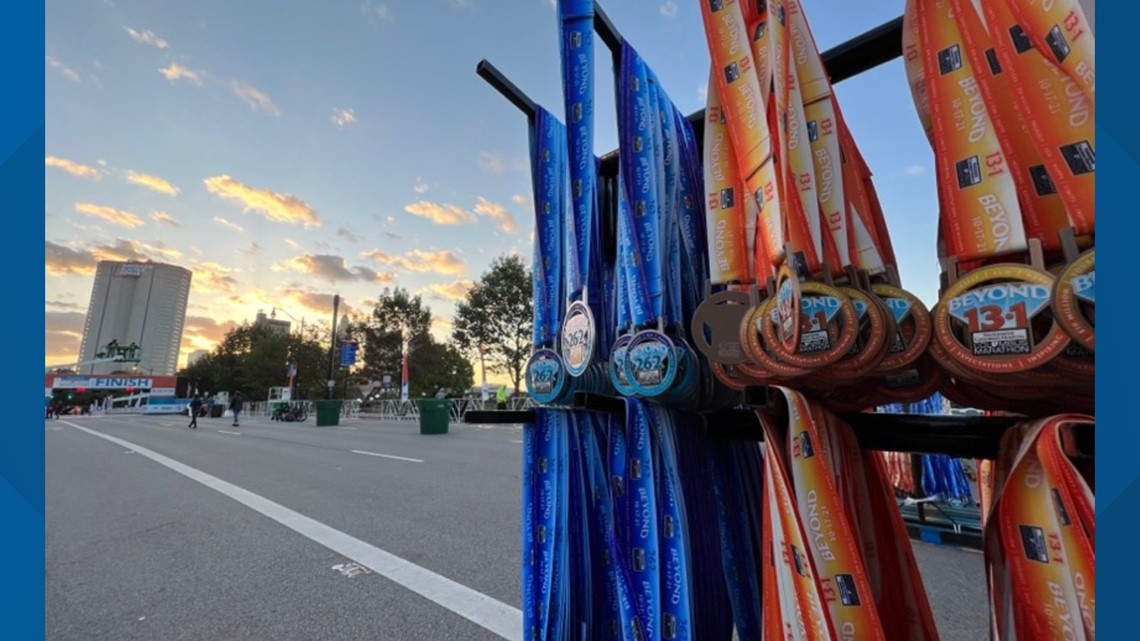 This year’s race had several differences from previous years due to the COVID-19 pandemic.

COLUMBUS, Ohio – The Nationwide Children’s Hospital Marathon and Half Marathon drew more than 8,000 runners to Columbus on Sunday, raising about half a million dollars.

This year’s race had several differences from previous years due to the COVID-19 pandemic. Runners had to prove their vaccine status or provide a negative COVID-19 test to participate.

Organizers have said the race this year is even more special and busy given the cancellation of the 2020 race.

“That’s really the key to a race day, it’s our volunteers, we have around 2,500 volunteers all over the course and here at the start and finish line who really make it happen,” said said Deputy Race Director Charissa Fee.

Runners from across the country traveled to Columbus to participate as well as runners from the city.

Catherine Lacount spent the morning running the half marathon in honor of her daughter Bentley Lacount. She said seeing the champions patient every mile helped her progress throughout the race.

â€œIt’s amazing, it’s so awesome. You can contact them all and give them a top five and just thank them for being there, â€Lacount said.

Her husband, Brent Lacount, is a former runner and now the experienced event manager. He said no matter how they participate; her family always finds a way to show their support.

All proceeds from the run are donated to help children and families who receive assistance from Nationwide Children’s Hospital.