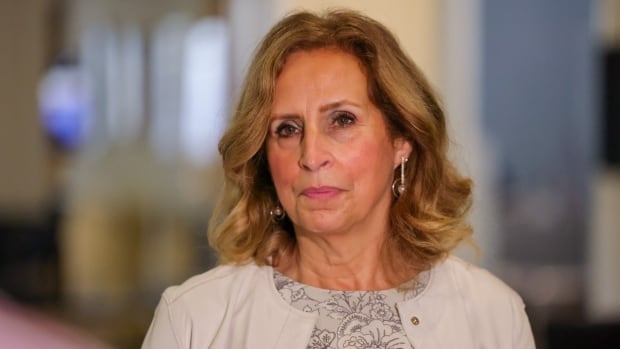 Spurred on by the death of his granddaughter, MP calls for review of Nova Scotia bereavement leave provisions

The ruling Progressive Conservatives will examine whether Nova Scotia meets the needs of parents who have lost a child during birth or as a result of miscarriage after an emotional request Friday from a member of the legislature.

Lorelei Nicoll, the Liberal MP for Cole Harbor-Dartmouth, had to calm down and take a deep breath before asking about the provisions of the province’s Labor Standards Code during question period.

Supporting bereaved parents is a deeply personal issue for Nicoll, whose granddaughter died in the womb at 32 weeks gestation in November 2020. Nicoll’s daughter, Elizabeth Cushing, and her son-in-law, Stephen, named their daughter stillborn Ruby.

“There will be more losses,” Nicoll told CBC News after Question Period in the provincial legislature.

“It was a way to kind of validate and make sure little Ruby will be remembered.”

No mention of miscarriage, stillbirth

The problem, according to Nicoll, is that provincial legislation does not specifically mention miscarriages or stillbirths in the provision that deals with bereavement leave.

She said her son-in-law struggled to get her employer approved for her leave.

In an email, Nicoll’s daughter said her husband’s employer granted her five days bereavement leave. But Cushing said that when speaking with people who suffered similar losses, the couple discovered that other employers “weren’t so forgiving.”

Article 60A of the code states: “An employee has the right to unpaid leave of up to, at the employee’s choice, five consecutive working days following the death of his spouse, parent, guardian, child, ward, senior. -parent, grandchild, sister, brother, mother-in-law, father-in-law, daughter-in-law, sister-in-law or brother-in-law. “

The Labor Department broadly interprets “child” to include an unborn child, but Nicoll said she would like this to be clarified so that there is no ambiguity, and grieving parents do not have to. fight with their employers for the time they need to grieve.

Labor Minister Jill Balser has agreed to review the legislation to see if changes are needed.

“Parents are entitled to five days bereavement leave,” Balser said in an interview with Province House.

“We want to make sure parents and families know that if you know a loved one who is going through this experience, they can contact our service for support.”

Balser said she was also willing to look at the number of days off currently granted for bereavement leave to determine if it is adequate.

The law provides for leave without pay, which means that an employer must protect the employee’s job for the period of time.

In the other provinces and territories, parents are entitled to between two and seven consecutive days of leave when they lose a child. In Newfoundland and Labrador, Prince Edward Island and Quebec, some of these bereavement leaves are paid days off.

Federal employees get the most generous allowances – up to five days off, three of which are paid.

Nova Scotia is one of four provinces that offer five days of leave to mourn a deceased family member.

Response to Cheong and Jones: The Role of Science in Responding to Collective Behavioral Threats