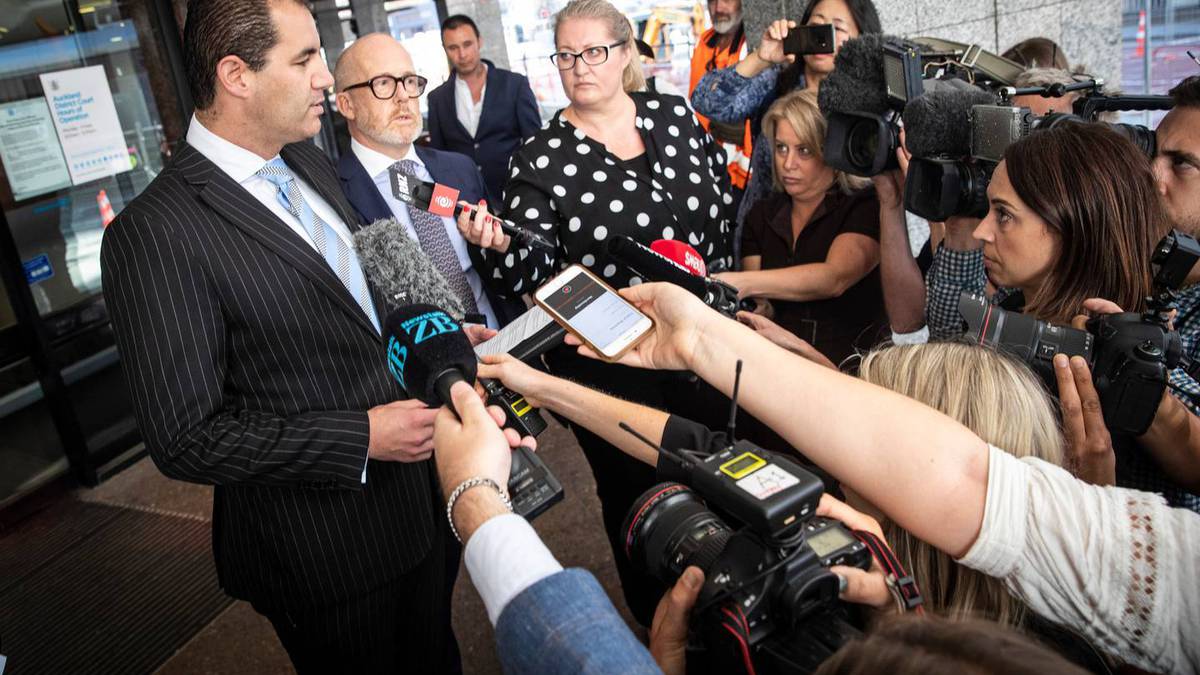 SFO and Labor donation cases to be heard together, High Court judges

Two criminal cases concerning allegations of illegal donations to the Labor and National parties will be heard together in a joint trial, the High Court has ruled.

In a decision released today after a two-day hearing earlier this month, Judge Ian Gault accepted the Serious Fraud Office (SFO) request to join the two cases and hold a single 10-week trial.

However, the reasons given in the judgment and the arguments presented by the lawyers – which include six of the Queen’s advisers – remain suppressed. The identities of the six people indicted by the SFO in May after an investigation into donations made to the Labor Party in 2017 also remain suppressed and should be debated at a future hearing but not yet scheduled.

This follows an investigation into donations of $ 100,000 in 2017 and $ 100,050 in 2018 to National, which was sparked after Ross went public with allegations against former party leader Simon Bridges, who vigorously denied the allegations. Ross then filed a complaint with the police, triggering the SFO’s investigation.

Ross and the three businessmen deny all charges that accuse them of adopting a “fraudulent device, trick or scheme” which resulted in the splitting of donations into sums of money under $ 15,000.

A registered party must declare in its annual returns the identity of those who make a donation, contribution or loan of more than $ 15,000 in a given year, regardless of the number of donations that make up the amount.

Ross, the former Botany representative who campaigned for the 2020 election with the minor and controversial Advance NZ party, has claimed he was a whistleblower on the alleged deception of donations.

“There is no goal against his camp,” he told media after his first court appearance.

The National Party, however, maintained that it had never been involved in any suspected criminal activity and said Ross was having a “vendetta”.

“The party expects the trial of the charges against Mr. Ross to involve evidence which will inform the public of the real facts,” a party spokesperson said earlier.

In February, Ross also agreed to destroy an electronic copy of OFS documents inadvertently “disclosed” to him. The documents, which Ross waved in the House of Representatives last year, contained confidential information about National donors in 2017 and 2018.

A trial over allegations of National Party donations was scheduled for September but has been adjourned.

Each of the accused is charged with two counts of obtaining by deception a donation of at least $ 34,840 for the Labor Party on March 28, 2017. The SFO alleges that the identity of the donor was not disclosed in the party’s annual donation report. .

The group is accused of having adopted a “fraudulent device, trick or scheme” where the donation was paid through an intermediary account before being paid and kept by the Labor Party.

Court documents also allege that the group provided five names to “create the illusion” of five donations under $ 15,000 to disguise the amount and identity of the true donor.

The six defendants are also charged with illegally obtaining an advantage for the real donor by allowing them “to be shielded from any public scrutiny”.

After the charges were laid, Labor Party General Secretary Rob Salmond said in a statement that the party had “complied with the law”.

Prime Minister Jacinda Ardern also indicated that legislative reform was needed due to the number of cases involving political parties.

“It’s not a good environment for anyone, for any political party, but not for New Zealanders. They want to have faith in the system, so let’s look at the law,” she said.

Two people whose names have been deleted have also been indicted by the SFO for donations made to the NZ First Foundation, while police referred an investigation to the SFO over donations to the Maori party in April.

The NZ First Party has tried to keep the charges from being made public until a government is formed following last year’s elections. Both defendants have denied the charges and a trial is due to open in June.

Auckland mayor Phil Goff’s campaign spending is also being investigated by the OFS.

Goff’s former Labor colleague and Christchurch Mayor Lianne Dalziel has also been investigated over her spending but has since been cleared.