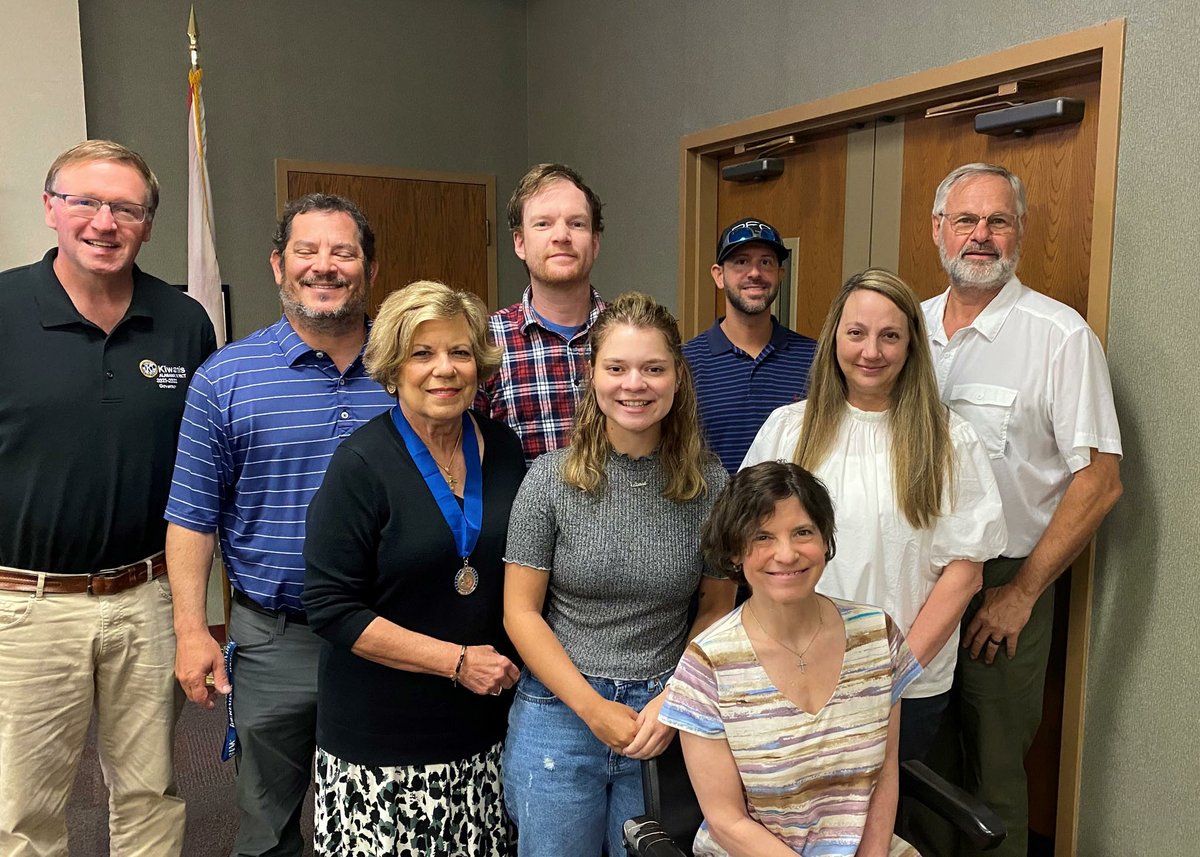 Members of the Graphos family received the medal and certificate awarded posthumously to Sammy Graphos, a fixture in Homewood’s main business district before his passing in October 2021. Owner/operator of Sam’s Super Samwiches, the influence and Mr. Graphos’ wisdom has spread far beyond its walls. His son, Ted, has told many stories of Sam’s benevolence to children and adults in Rosedale and within schools in Homewood. KCOHMB members rejoiced at the news of the reopening of Sam’s Super Sandwiches under Ted’s direction in its new location in SOHO.

The second award honors the 37-year career of Ms. Deborah Fout, recently retired director of the Homewood Public Library. Under his leadership, more than $500,000 in improvements have seen the light of day, including exceptional programs for children and teens, adult services, and a state-of-the-art computer center. His service to Homewood, our region and the state is widely recognized. Kiwanis Alabama District Governor Scott Sims presented the award to Ms. Fout, surrounded by her close friends and library colleagues.

The Kiwanis International Walter Zeller Fellowship was established to fund The Eliminate Project, aimed at eliminating maternal and neonatal tetanus in developing countries. KCOHMB shares this initiative by recognizing members of the community whose lives exemplify distinguished contributions and service.