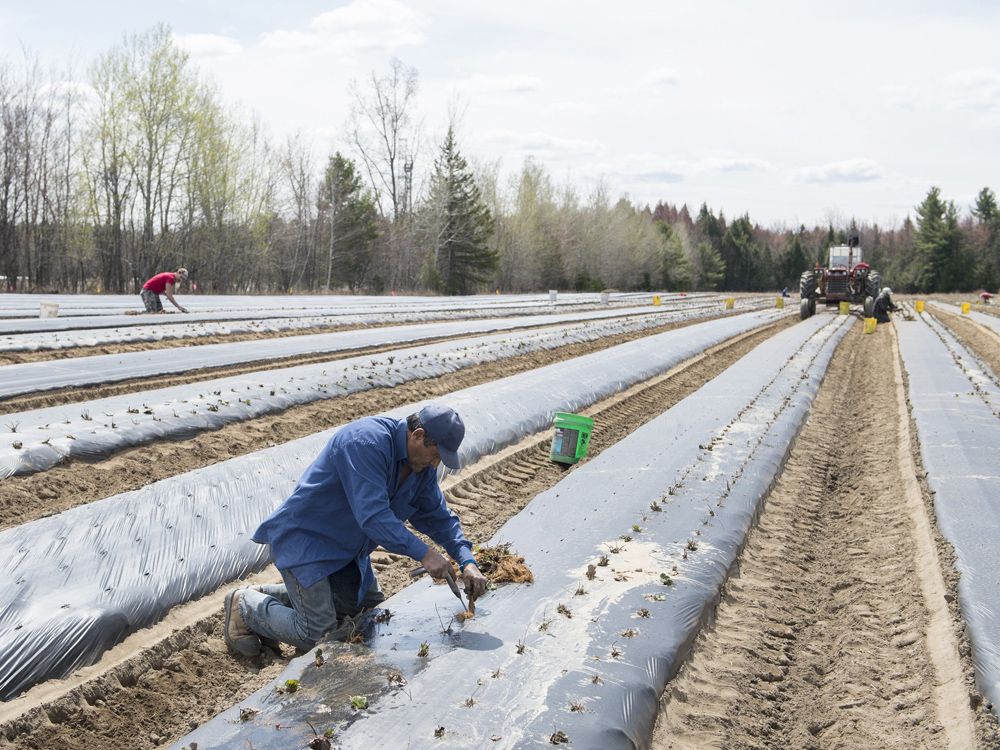 The federal government is making it easier to hire foreign workers to help restaurants, food processors and other labor-strapped employers deal with high vacancy rates.

Employment Minister Carla Qualtrough has announced a series of adjustments to the Temporary Foreign Worker (TFW) program that will ease restrictions and allow employers to bring in more low-wage workers from abroad.

Industry groups have been pushing for the changes for months, warning that continuing staff shortages are putting their operations at risk. In the food industry, for example, a coalition of industry groups has called for urgent access to more TFWs to help prevent deficiencies in the food supply.

But union rights advocates say the changes will increase the flow of workers to Canada without fixing a fundamental flaw in the program that has left TFWs vulnerable to exploitation and abuse.

The labor shortage in Canada approached 1 million unfilled jobs in the last quarter of 2021, up 80% from pre-pandemic levels, according to a March 22 report from Statistics Canada. Job vacancies peaked at around 988,000 job vacancies in September, gradually declining to 830,000 in January – the latest month for which data is available.

Currently, most employers are allowed to hire TFWs in low-paying positions for up to 10% of their workforce.

But from April 30, the government will raise that cap to 30% for next year for employers in seven hard-hit industries, including catering, healthcare, food processing and construction. The cap for employers outside of these industries will increase to 20%.

The limits will not apply at all to seasonal industries, such as seafood processing, which have already been exempt since 2015. These seasonal jobs will be able to last 270 days a year, up from 180 days previously.

The federal government will also remove a restriction that prohibits employers in areas with an unemployment rate above 6% from using TFWs in retail and food service.

Before the pandemic, employers had to fill out paperwork every six months to show they couldn’t find domestic workers to fill the positions. During the pandemic, the rule was relaxed to nine months. From now on, these requests will only have to be completed every 18 months

The changes will allow food processors across Canada to hire an additional 12,000 TFWs this year, according to an estimate by Food and Beverage Canada (FBC), a lobby group.

Since December, FBC has led a coalition of 11 trade groups, pushing the federal government to lift caps on TFWs to 30% of the workforce to “help stabilize the food supply chain.” The coalition applauded the changes, announced on April 4, as did the Canadian Federation of Independent Business.

But Syed Hussan, executive director of the Migrant Workers Alliance for Change (MWAC), criticized the move for bringing in more TFWs without “guaranteeing the rights of these workers”.

The working and living conditions of TFWs in agriculture have come under public scrutiny in the past two years, following a series of outbreaks of COVID-19 among migrant workers on farms. . Late last year, the Auditor General found problems with the vast majority of inspections to find out whether farms were meeting quarantine requirements.

During the pandemic, MWAC said migrant workers were unable to complain about poor conditions or quit because their work permit in Canada was tied to their employer. This leads to a dangerous power imbalance between employer and employee, Hussan said. To address this, MWAC advocated for migrant workers to obtain permanent resident status.

“Let the workers come, that’s for sure,” Hussan said. “But let them come with permanent resident status instead of an employer-dependent work permit.”

Qualtrough’s office said changes to the TFW program were happening “alongside” measures to protect workers. “As always, any employer who violates the program faces severe penalties, which can include fines and permanent expulsion from the program,” spokeswoman Jane Deeks said in an email.

The government said it was working on new regulations to better protect TFWs from mistreatment and abuse, and was using a tip line as part of a “risk-based approach to targeting employers.” high risk”. In its latest budget, the Trudeau government pledged $49.5 million over three years for community organizations that support migrant workers.

Qualtrough will also host a roundtable in June on worker housing, “as the COVID-19 pandemic has highlighted the need for safe and adequate employer-provided housing for TFWs,” according to the April 4 announcement. .

Sign up to receive the best daily stories from the Financial Post, a division of Postmedia Network Inc.

A welcome email is on the way. If you don’t see it, please check your spam folder.

The next issue of Financial Post Top Stories will soon be in your inbox.

We encountered a problem during your registration. Try Again

Abramovich: a surprise participant in the Russian-Ukrainian talks