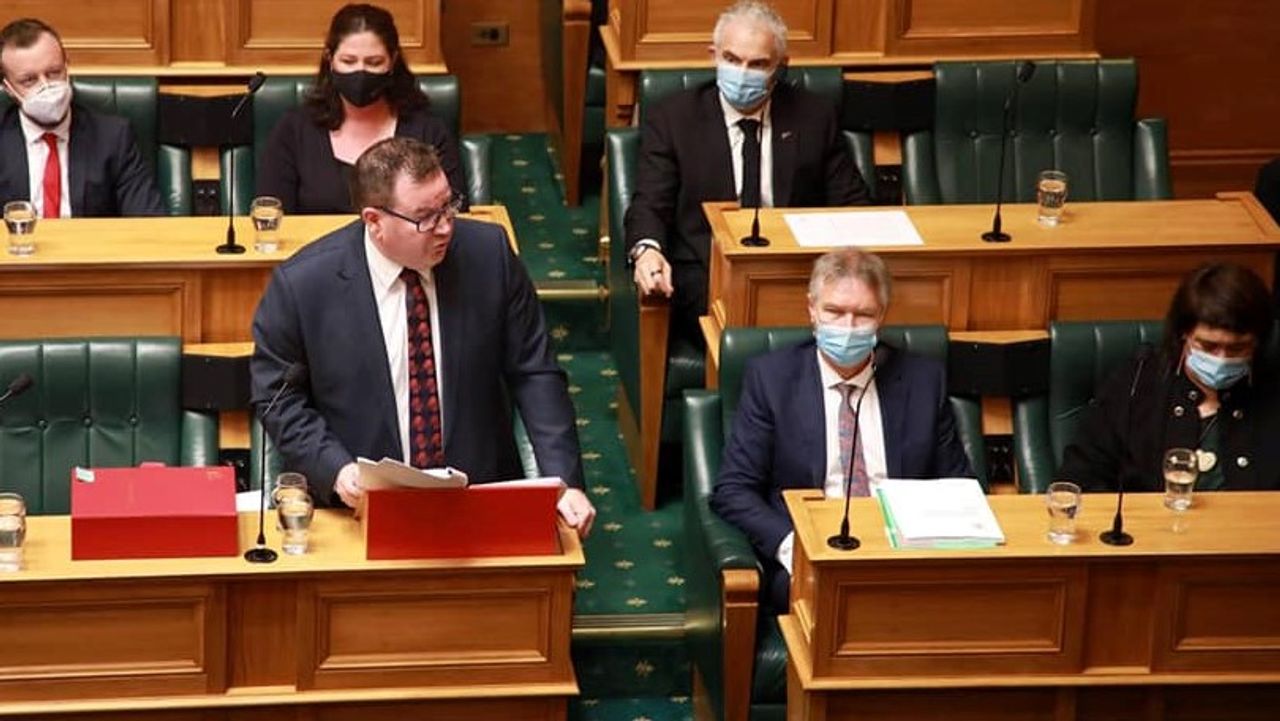 On May 19, the Labor Party-led government in New Zealand, which includes the Greens, announced another business-friendly budget. It will continue and deepen the assault on working people’s living standards while diverting billions to the military and doing nothing to stop the disastrous spread of COVID-19.

The budget was presented against a backdrop of soaring global inflation – annual inflation in New Zealand is 6.9% – and growing signs of anger among working people. On May 16, 10,000 low-wage health care workers staged a national strike. Disabled and elderly workers protested across the country today after the government said 65,000 of these workers would receive a pay rise of no more than 70 cents an hour over 18 months.

The economy is heavily dependent on exports of dairy and other agricultural products and vulnerable to supply chain disruptions. According to the still overly optimistic Treasury forecast, the economy will grow only 0.1% in each of the second, third and fourth quarters of 2023.

BNZ Bank economists predict that the country will slide into recession due to rising interest rates and inflation. The property bubble, a major source of speculative investment, is set to collapse, with some economists predicting a 10-15% drop in prices.

The ruling class is clearly nervous about the shift to the left and the increase in workers’ struggles internationally. Finance Minister Grant Robertson said the budget was “driven by how we can support the general well-being of New Zealanders” and “deal with the pressures of the cost of living”, while adopting a “responsible budgetary approach to limit the debt”.

The media trumpeted “record” new spending of $6 billion over the next year, however, Robertson himself noted that almost 70% of new operating allocations were focused “on simply satisfying the pressures on costs”, rather than on the growth of public services.

The central figure touted by the government and the media was a $1 billion “cost of living” package. It’s a series of meager one-time donations, including a $350 payment to about two million workers who are paid less than $70,000 a year. This is to be paid over three months at the rate of $27 per week. Welfare recipients, the poorest members of society, are not eligible.

Robertson said Thing that the “temporary and targeted” payment will not “pay for all the inflationary costs that people have”, but that a larger payment would pose an “inflationary risk”.

Payment is a drop in the ocean. Infometrics, an economics consulting group, estimated in February that for the average household “the cost of basic necessities increased by about $70 to $100 per week between December 2020 and December 2021.” This included a $50 increase in rents, driven by real estate speculation and a flood of cheap money into the banking system thanks to the Reserve Bank’s quantitative easing measures.

According to Writing, New Zealand has the least affordable housing in the OECD, with 61% of people spending more than 40% of their income on rent. There are 25,000 people on the emergency waiting list for public housing.

Prime Minister Jacinda Ardern’s government, like governments around the world, has used the pandemic to hand over tens of billions of dollars to big business, bolstering their profits. At the same time, he imposed a wage freeze in the public sector and refused to resolve the understaffing crisis in the health and education sectors.

Now, amid the worst public health crisis in living memory, the government is increasingly acting as if the pandemic is over. Significantly, the “cost of living” payment is being paid for by dismantling the COVID-19 Response and Recovery Fund, which had been used to fund lockdowns earlier in the pandemic.

Robertson boasted in his budget speech that New Zealand had “gone through COVID not only with a low death rate, but also with our economy as one of the strongest in the world.” The entire political establishment, along with the pro-capitalist media and labor unions, have taken the position that the population must “live with” the escalating COVID cases and deaths.

After abandoning its previous elimination policy, which kept the country almost virus-free for most of 2020 and 2021, the Ardern government has abandoned lockdowns and other public health measures. He adopted the criminal policy of mass infection.

There are now more than 1,050 COVID-related deaths, the vast majority of which have occurred in the last three months alone, after schools reopened. Hospitals are in a perpetual state of crisis, overwhelmed by COVID cases and associated staff absences.

The government will provide an additional $11.1 billion in operational funding for health over the next four years, which Minister Robertson called “the biggest investment ever made in our health system.” Last year, however, the Council of Trade Unions noted that it would take $2 billion in additional spending each year to maintain the current inadequate level of health services. The level of unmet need has risen dramatically, with the government revealing earlier this month that the number of people forced to wait more than four months for hospital treatment has risen from 15,000 at the start of 2020 to nearly 36,000 .

Much of the health funding will be used to carry out a bureaucratic restructuring aimed at abolishing district health boards and creating a new centralized agency, Health NZ, to manage the system.

A new Maori Health Authority is being set up, with $188 million allocated to it so far to commission health services specifically for Maori patients. This new race-based bureaucratic structure will lead to a more complicated and divided system, without actually improving services.

The media has largely buried the fact that billions of dollars are diverted from social spending to the military, police and security agencies. New Zealand, as an ally of US imperialism, is embedded in the reckless drive to war against Russia and China. Already, the Ardern government has sent dozens of New Zealand troops to Europe to help NATO’s war against Russia in Ukraine.

Defense Minister Peeni Henare boasted that since taking office, the Labor government has “committed $4.5 billion to 12 major defense capability plans – the biggest investment in capabilities that the Defense has ever received”.

Defense Force capital spending this year is $1.56 billion, an increase of 16 percent. This includes funds to upgrade the New Zealand Navy’s two frigates. Funding for the Army and Navy will increase by 13% and 10%, respectively, according to Janes’ website.

The two spy agencies, the Government Communications Security Bureau (GCSB) and the Security Intelligence Service (SIS), received an additional $46 million and $26 million, respectively, over four years. Writing reported: “Since 2017/18, the organizations’ combined budgets have more than doubled to $343 million.”

The government says this is necessary to stop terrorism, pointing to the March 15, 2019 attack by fascist gunman Brenton Tarrant. In fact, the agencies carry out mass surveillance of people in New Zealand, the Pacific Rim and more broadly as part of the US-led Five Eyes intelligence network.

The government intends to deal with the social crisis over which it presides through repressive “public order” measures and state surveillance. At the same time, the ruling elite will seek to promote nationalism and militarism to divert workers’ hostility and anger towards China and Russia.

The budget is further evidence of the right-wing and pro-imperialist character of the Labour-Green government. It underlines the urgent need for workers and young people to break with these parties and turn to building a socialist and internationalist party to provide the necessary leadership for workers who are driven to fight for decent wages and conditions and against imperialism. war.