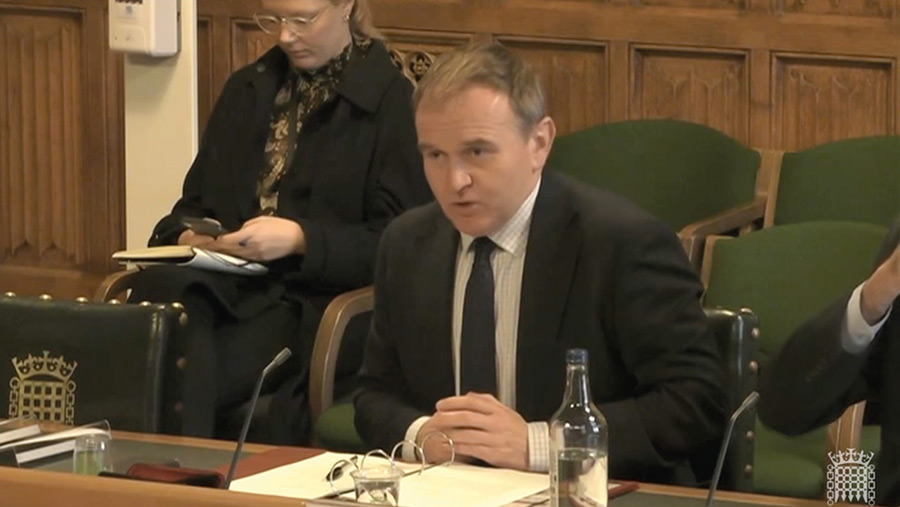 Boris Johnson’s government has been accused of “standing idly by as Rome burns” for its handling of the labor crisis engulfing the food and agricultural sector.

Neil Parish, chairman of the Environment, Food and Rural Affairs (Efra) committee, said the industry had informed the government since the start of the year of labor shortages which have caused supply difficulties.

Despite measures introduced by ministers, such as temporary visas for overseas butchers and poultry houses, stakeholders say the response has been “too little, too late,” he added. .

At an Efra committee hearing in parliament this week, MPs raised concerns that the UK government is also failing to take steps to ensure there are enough temporary farm workers in the Kingdom. – United to harvest fruits and vegetables next year.

The NFU urges Defra to expand its pilot program for seasonal workers (SWP) from 30,000 visas this year to 60,000 by 2022 to avoid a farm labor crisis. Otherwise, he warns that many horticultural businesses will shut down for good.

MPs accused Defra secretary George Eustice, his department and the Home Office of reacting “lax” to the agricultural labor crisis.

But Mr Eustice retaliated by saying that Defra had extended the number of SWP visas to 30,000 this year, expecting workers returning from the EU to make up for the shortfall and double that number.

He explained, however, that since Covid, around 1.5 million EU citizens with established status have left the UK and returned home to stay with their families.

Tory MP Derek Thomas (St Ives) said farmers are “yelling at us” for the government to embark on a longer term program in January to allow businesses to plan.

Mr Eustice said Defra was in “constructive dialogue” with the Home Office and expected an announcement before Christmas.

MPs asked Mr Eustice if Defra had a plan to replace foreign labor with local labor. He admitted that more needed to be done to attract more young people into agricultural careers, but insisted the government was putting “a huge amount of work” into apprenticeship.

Mr Parish said the government has set a Brexit agenda to ‘take back control’ and produce more food. But by not hiring enough labor, it was “exporting our industry” and more food imports will be needed.

Mr Eustice said Home Secretary Priti Patel had said “on several occasions” that she was interested in a study of the labor market “in the cycle”.

Mr Parish stormed in: “But isn’t Rome burning now? How much more does it take to burn before some kind of plan is put in place?”

Tory MP Sheryll Murray (South East Cornwall) said farmers told her Defra “needs to do a lot more planning, rather than just watching pilots and having meetings”. She said to Mr. Eustice, â€œI’m sorry. It is not good enough.

Here is the latest Wisconsin news from The Associated Press at 1:40 am CST | State News