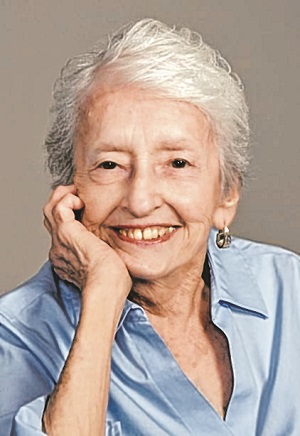 Pat joined “Hon”, her beloved husband Frank, in
paradise on November 2, 2021, at the age of 90. She
was a devoted wife, nurse, mother of four, grandmother,
and great-grandmother, who breathed faith
and kindness. She has helped others in all aspects of
his life and did it with a pious and joyful heart.
She was born on February 28, 1931 in Rome, Nouvelle
York, to James Joseph Sheridan II and Mary Ursula
Murray Sheridan and grew up in Amsterdam,
New York. After meeting on a blind date, she got married
the love of his life, Frank Adam Luba, Jr., on
January 23, 1954. They stood firm and
faithfully side by side for 67 years. Pat became
a mother in 1954 and raising her four children
was one of his proudest accomplishments.
Pat obtained her registered nurse certification
from St. Mary’s Institute in 1951 and enjoyed working
as a pediatric nurse until starting a family of her
own. After her last child left for college, Pat bravely
completed his bachelor’s degree in St. Edward’s
University of Austin, Texas.
When Frank retired after more than 30 years with
IBM, Pat and Frank enjoyed living together on their
little corner of Texas paradise, the Flying L Ranch in
Elgin. It was at the ranch where Pat liked to sew,
cook and organize family reunions. Following
their days at the ranch and their time in the cedar
Hills community in Elgin, Texas, they moved to
Euless, Texas in 2015.
Pat’s generous heart was only after his engagement
to his faith and to his community. She attended
Mass without fail and served in various churches
and the roles of school volunteers, including with the St.
Vincent de Paul Society, Saint-Louis Catholic Church
(Austin) Guild, St. Louis Catholic School PTA, Girl
Scouts and Catholic Church of the Sacred Heart (Elgin).
She provided academic support in nursing in St. Louis
Catholic school and schools in the Austin area and with
the attendant at Seton’s hospital. She served the Elgin
Lions’ Club through various positions on the Board of Directors and
managed the organization’s Elgin thrift store for
many years. She was a member of Beta Sigma
The Phi Sorority, focused on community service,
and the Polish Club, where she played a key role in
sponsorship of several Nigerian immigrants and
Polish refugees.
Pat was predeceased by her husband, Frank;
his parents; sister, Elizabeth (Betty) Hildebrandt;
Brother James Sheridan; granddaughter, Rebecca
Tobolka. She is survived by her son, Tom Luba and
his wife, Sherri; daughter, Anne Joyce; daughter, Patricia
Tobolka and her husband, Tommy; the girl,
Margaret Collins and her husband, Michael. Pat’s
dear sister-in-law, Christine Luba, also survives him.
Her grandchildren include Stacey Bingham; I put
Curry and her husband, John; Jenny Gregorcyk and
her husband, David; Mindy McCauley-May and
her husband, Rob May; Christophe Joyce; Catherine
Joyce and her husband, Nic Claeys; Brent Pitts
and his wife, Maegan; Amy Pitts; Thomas Tobolka;
Adam Collins; and Emily Collins. His great-grandchildren
include Jasmyn Bingham; Luck and
Kayla Terrier; Caroline Curry; Reid and Charlotte
Gregorcyk; Julia, Ansel and Jasper May; Emory Koa
Joyce-Claeys; Brackston, Brooks and Braegan Pitts;
and Aubrey Pitts.
A funeral mass will be celebrated by Pat’s cousin,
Brother Joseph Moyer, SCC, November 18 at 2 p.m. at
St. Michael’s Catholic Church in Bedford, TX, with
burial at DFW National Cemetery the following
daytime. Instead of flowers, donations can be made
at the Society of Saint-Vincent de Paul, SacrÃ©-CÅ“ur
Catholic Church, 302 W. 11th St., Elgin, TX 78621.