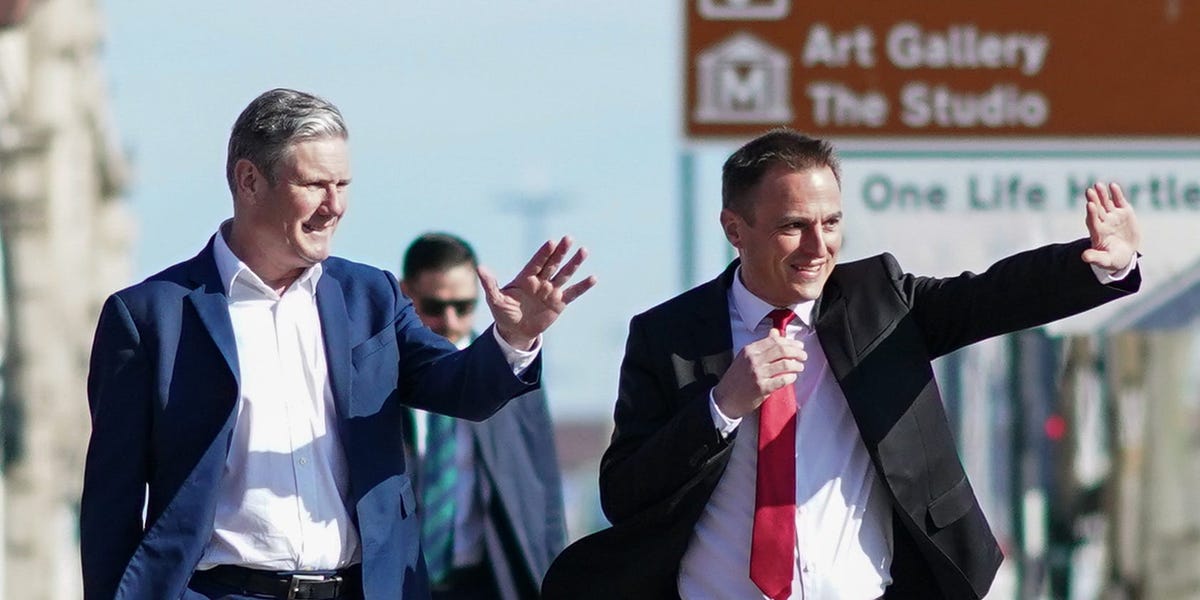 Labor spent nearly £ 900 on St. George’s flyers featuring the English flag as part of its unsuccessful campaign in Hartlepool’s by-election, Insider can reveal.

The election expenses report, signed by party candidate Paul Williams, includes details of spending in the constituency, which was previously held by Labor.

Jill Mortimer, a Conservative, won the seat 16% ahead of Labor. It was only the second time since the 1980s that an opposition party lost a seat to the ruling party.

This tweet from Williams shows one of the leaflets. St. George’s Day was April 23, two weeks before polling day, May 6.

The A5 flyers featured the cross of St. George on one side and on the other, voters wished “Happy St. George from Dr Paul Williams and the Labor team.”

He encouraged recipients to “display this poster with pride in your window. Please enjoy St. George’s Day in a secure manner against Covid, helping us all defeat the virus together,” the Telegraph reported.

The leaflets came months after the Guardian leaked an internal Labor presentation, which said stronger communication was needed on “Labor’s respect and commitment to the country”.

He suggested that “the use of the flag, the veterans, smart dress at the war memorial, etc. gives voters a sense of genuine alignment with values.”

Previous attempts by the Labor Party to discuss St George’s Cross have seen the resignation of shadow cabinet minister Emily Thornberry over a photograph of a house with three English flags and a white van.

Another shadow cabinet minister suggested the party should “wrap itself in the flag of St George” after its loss in the 2015 general election, the Independent reported.

A Labor spokesperson told The Telegraph in April: “Paul and the campaign team were proud to celebrate St. George’s Day and enjoyed a sunny day with many positive conversations with voters.”

The Labor Party is currently in a bad financial situation, according to the comments of the party general secretary, David Evans, reported by LabourList.

Its problems are said to stem from declining income due to declining membership and the cost of dealing with cases of anti-Semitism.

Work: decision a relief, but the advice needs to improve