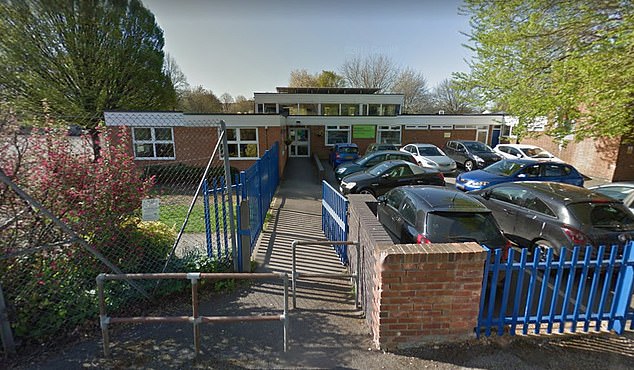 By Eleanor Harding for the Daily Mail

Labor council leaders have backed a primary school which has been accused of indoctrinating pupils into writing letters criticizing the prime minister.

Parents had accused the school of forcing leftist beliefs on their children, and its principal, Rebecca Gittins, has previously posted strong opinions on Twitter, including the phrase “conservative scum”.

Education Secretary Nadhim Zahawi criticized the school and said teachers should not “encourage young people to pin their colors to a political flagpole”.

But council leader David Mellen said: “Learning about democracy, our political leaders and the way the country is governed is an essential part of any student’s knowledge and is taught, discussed and debated in schools for decades.

“We support Welbeck Primary’s work in this area and will never discourage young people from engaging with local officials and politicians.”

It was questioned last night whether the incident could trigger an Ofsted intervention.

If enough parents complain to Ofsted, they can choose to launch an inspection to check whether the children are subject to undue political influence.

An Ofsted spokesperson said: ‘We are unable to comment on concerns raised about individual schools.

“But we take all complaints we receive seriously and evaluate them thoroughly to see if any action is needed.”

Yesterday Robert Halfon, Tory chairman of the education select committee, called on the government to crack down on teachers who politicize schools.

He told the Daily Mail: ‘It’s such a shame that young children are being politicized in this way. Schools should be about learning – they should not be used as instruments against the government.

“There is no doubt that Ofsted will carefully consider this during its next inspection.

“The government must also make it clear that children are not here to be politicized.”

It comes after the school’s Twitter account shared a photo of the children proudly holding up letters addressed to local Labor MP Lilian Greenwood.

Another picture showed the contents of a letter, which criticized Mr Johnson for ‘Partygate’.

He said: ‘He is a hypocrite and he can no longer be trusted as our leader and he should resign as the country is not in good hands.’

A third photo showed a scowling pupil next to a whiteboard that read ‘lies’, ‘distrust’ and ‘selfish’ alongside ‘Boris Johnson’ in adult handwriting.

Contacted by the Mail, Ms Gittins said: ‘As part of a topic on democracy, the Year 6 class took a close look at national politics, our leaders and decision-makers, while discussing facts and opinions.

“There is no ‘teaching’ of politics. We explain the processes and structure, with children encouraged to express their thoughts.

Agent Notice: 2022 Super Bowl Participants Whose Contracts Are Expiring Who Could Cash In During Free Agency