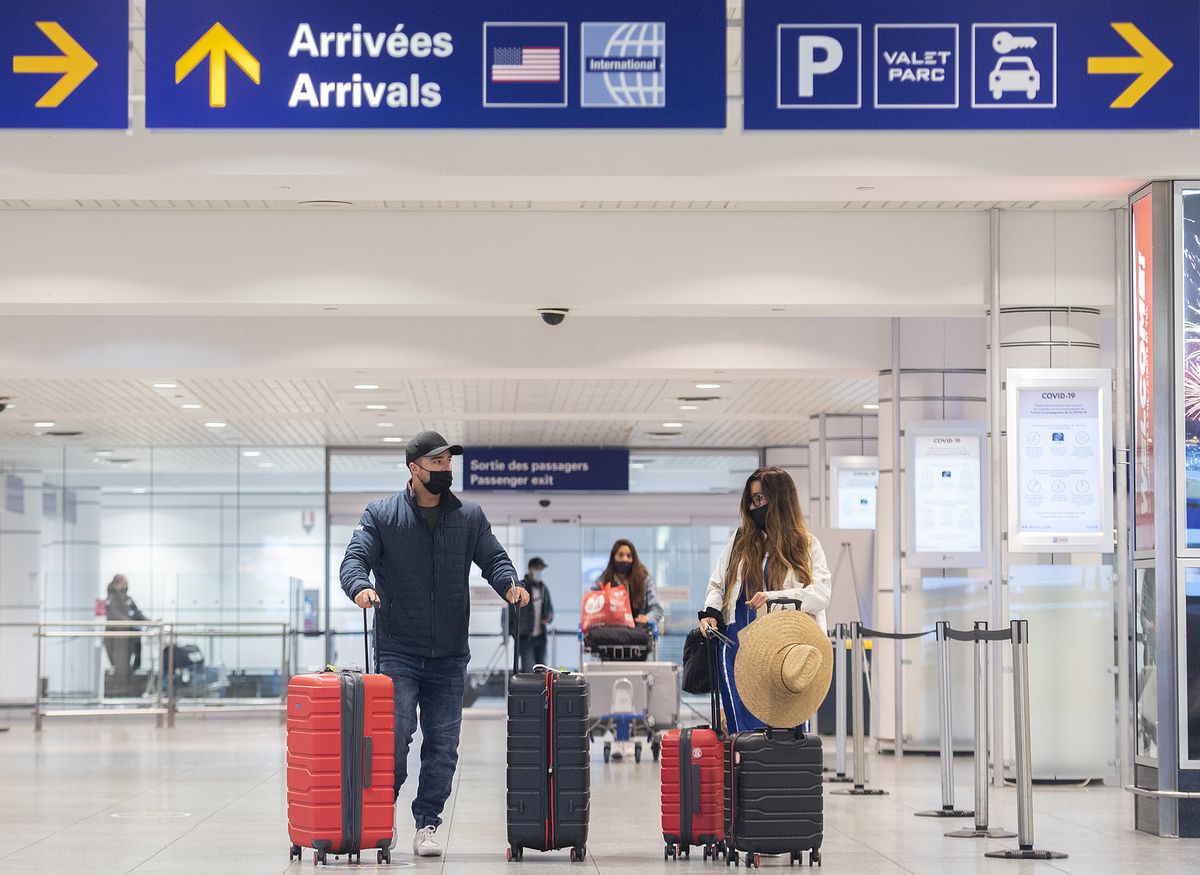 The aviation industry’s attempt to return to the skies is weighed down by an earthly problem: not enough workers.

Canadian airlines are restoring routes to meet pent-up demand from customers who have not flown during the pandemic. But a surge in holidays and visits to family and friends has been met with a shortage of people to load luggage and carry out customs and security checks. This, along with ongoing pandemic health measures, adds to the time it takes passengers to get from the terminal to the tarmac, or vice versa.

Laura Tilley, of London, Ont., flew to Toronto Pearson Airport from Punta Cana on May 2 with Air Canada. Once she and her family landed, she said, they waited on their plane for four hours before being allowed to disembark.

“The captain told us there were nine planes ahead of us waiting to take off,” said Ms Tilley, 24. “I could tell the cabin crew were equally upset. It was frustrating being on the tarmac for as long as we were in the air.

When she finally arrived inside the terminal, she found that the customs and baggage claim areas were filled with long lines of disorganized passengers. “People were so frustrated sitting on planes that they were just cutting lines,” Ms Tilley said.

As passengers line up, companies, contactors and government agencies responsible for airport operations blame each other for the problem.

Operators of some of Canada’s busiest airports say government agencies are to blame for long lines, as these agencies are responsible for understaffed customs and security checkpoints. The agencies, in turn, say the private contractors they rely on to staff those jobs were unprepared for the surge in passengers.

And entrepreneurs say they’re trying to hire more people, but are having a hard time because the job market is tight. Canada’s unemployment rate fell to 5.2% in April, the lowest rate since 1976.

The figures provided by the federal government illustrate the strong recovery of air transport. On May 1, security officers screened a total of 121,000 people at the country’s eight largest airports. On the same day a year ago, they only checked 15,000.

Although Air Canada continues to lose money, it expects to operate 90% of its pre-pandemic schedule this summer.

In the first three months of 2022, the airline carried more than five million passengers. That’s about five times the number of flights flown in the first quarter of 2021. Air Canada kept most of its pilots on staff even when its planes were grounded during the pandemic, and it recalled flight attendants .

This has allowed it to avoid the flight crew shortages that have gripped many airlines around the world, Air Canada spokesman Peter Fitzpatrick said. But he added the airline needed to hire more support staff – the people who load baggage and prepare planes.

Delays at any stage of the check-in or disembarkation process can accumulate. “By forcing us to hold planes at arrival gates longer than scheduled, they can’t be loaded and turned around as quickly,” Mr Fitzpatrick said. “Schedules for cleaners and caterers may be disrupted and crews may be delayed for their next flights.”

Jacques Roy, professor of logistics at HEC Montreal, said longer lines, increased wait times and shortages of security screening personnel are caused by labor shortages, as well as by the fee-based revenue models that privately run airports rely on.

Since 1996, most major airports in Canada have been run by not-for-profit corporations that pay rent to the federal government and fund their operations with fees charged to airlines, passengers and support companies. It’s a business model that failed when the flow of passengers stopped.

“These revenues are important because if airports only rely on the landing fees they receive from airlines, this is not enough to modernize their facilities and improve services,” Professor Roy said.

The Greater Toronto Airports Authority, which operates Toronto’s Pearson Airport, said the government should drop some of its pandemic health measures to streamline arrival and departure procedures and reduce queues. These measures include health questions at check-in and random COVID-19 testing for people arriving from outside Canada.

“Whereas before the pandemic it took an average of 30 seconds for an agent to process an arriving international passenger, today the process can take two to four times longer,” said Ryan White, spokesperson for the GTAA. “With an average of over 30,000 international passengers arriving per day at the moment – ​​estimated to reach 45,000 per day by summer – every second counts and impacts passenger flow.”

Allied Universal Security Services, which provides passenger screening services for the Canadian Air Transport Security Authority (CATSA) in British Columbia and the Yukon, said travelers are returning, but workers are not.

The company had 1,000 officers working for CATSA before the pandemic. It is now looking to add 300, but only has about 100 in training, according to Allies spokeswoman Sherita Coffelt.

Barry Prentice, a transportation professor at the University of Manitoba, said check-in and security processes at Canada’s airports are behind schedule for streamlining. The pandemic-related health checks come on top of screening measures put in place after the September 11 attacks, which had already made procedures slower and more expensive.

“It’s time we changed the way we do things,” he said. “Controlling everyone as if they were a hostile alien every time they pass by is ridiculous.”

Your time is valuable. Receive the Top Business Headlines newsletter in your inbox morning or evening. register today.