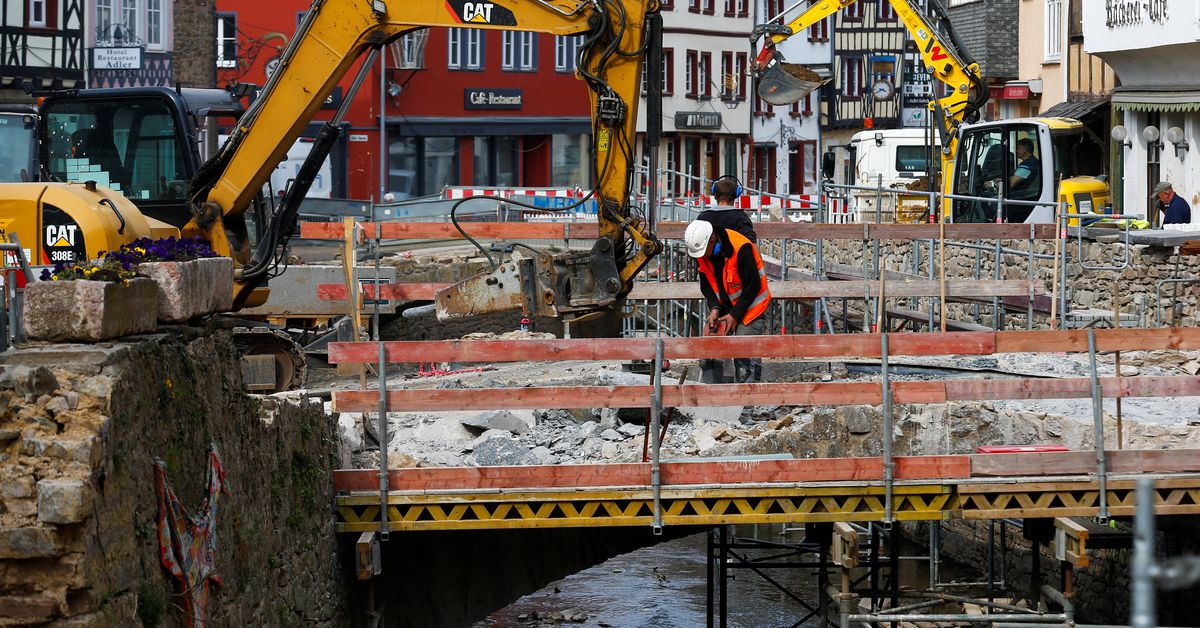 Growth in Germany will fall to 1.5%, warns the Minister of Labor

People work in the center of the North Rhine-Westphalia town of Bad Muenstereifel, southwest of Cologne, Germany, March 29, 2022. REUTERS/Thilo Schmuelgen

BERLIN, April 10 (Reuters) – German economic growth could fall to 1.4%-1.5% this year from 2.7% in 2021, with an average of around 590,000 people on short-time work over the past the year, Labor Minister Hubertus Heil said in an interview with Bild am Sonntag.

“We’re still going to grow,” Heil said. “But all this on the condition that the war does not spread further and that the energy supply remains in place,” he added.

The government would provide additional help and support for layoffs where possible to save jobs if the situation worsens, Heil said.

Germany plans to offer more than 100 billion euros ($108.8 billion) in aid to businesses affected by fallout from the war in Ukraine, according to a document seen by Reuters on Friday. Read more

Finance Minister Christian Lindner also plans to submit a supplementary budget to parliament in the coming weeks to reflect the economic impact of the war, which would likely amount to at least 24 billion euros.