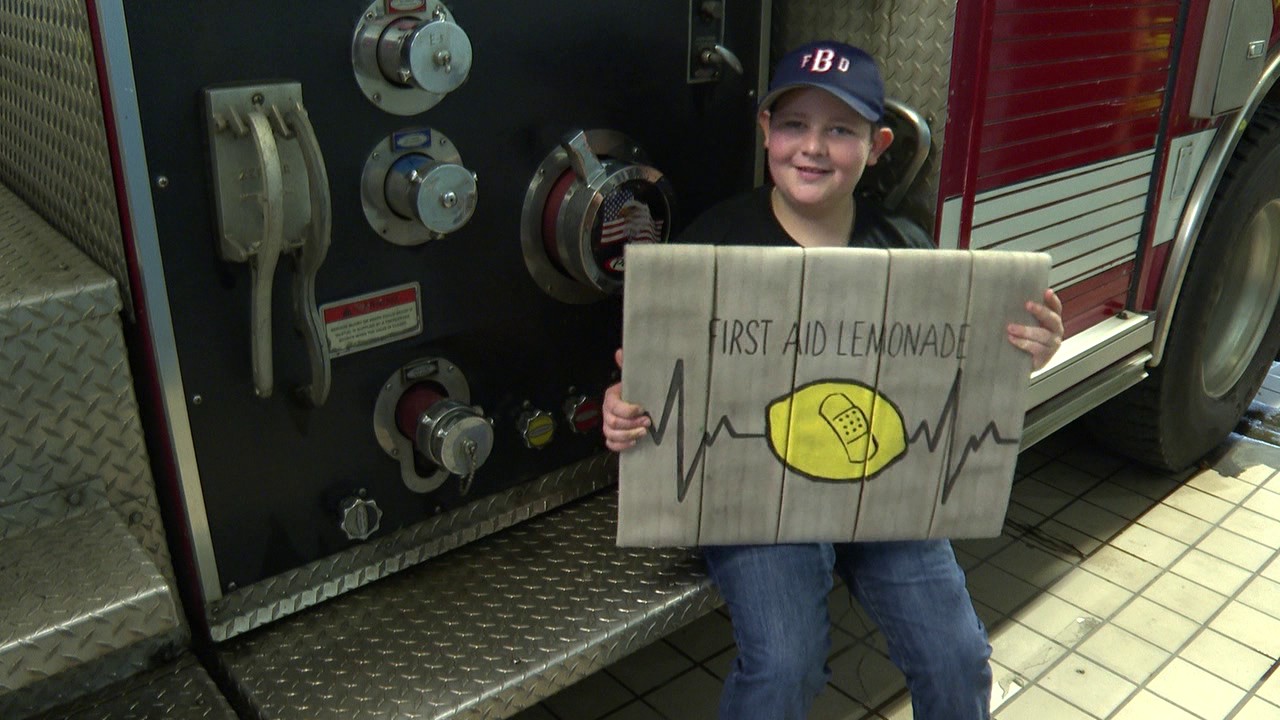 YOUNGSTOWN, Ohio (WKBN) – Holidays are about giving back, but for a boy from Boardman, giving back is something he does all year round. Because of his generosity to first responders, they chose to do something special for him.

If you remember, William Thomas started First Aid Lemonade as a way to raise money for the meals of the valley’s first responders. Since we first interviewed him, William has raised nearly $ 2,000 and continues to give back to them whenever he can.

Because of their great work in the community, word of what First Aid Lemonade does is growing.

â€œI was like, ‘Yeah, we’ve got to make that kid a flag. So we did. She plugged it all in and I called Kent Wright with KW Decals, who does all my stencils, and I was like, â€œKent, look at First Aid Lemonadeâ€, and he said, â€œI know all about William, it’s awesome. “Whatever you need, I give it,” Charles said.

William had no idea what was presented to him, his parents just told him they were going to the fire station and had something for him. His mother wanted it to be a surprise.

â€œHe was really excited. He couldn’t wait to bring it home and find a place to keep it and is excited to display it in his next lemonade stands, â€said Colleen Thomas, William’s mother.

William says he’s thrilled to visit any fire department, but getting a gift from one of them was really exciting for him.

â€œHe appreciates us so much – we appreciate him. What he’s doing is awesome, â€Charles said.

Charles also sells his flags to anyone who wants to buy something special and unique. He will be at Youngstown Flea on December 4th from 9 a.m. to 3 p.m. Visit his company’s Facebook page.

William is fundraising for the winter. He sells cups with the First Aid Lemonade logo on them. Who launches on his Facebook page this week.