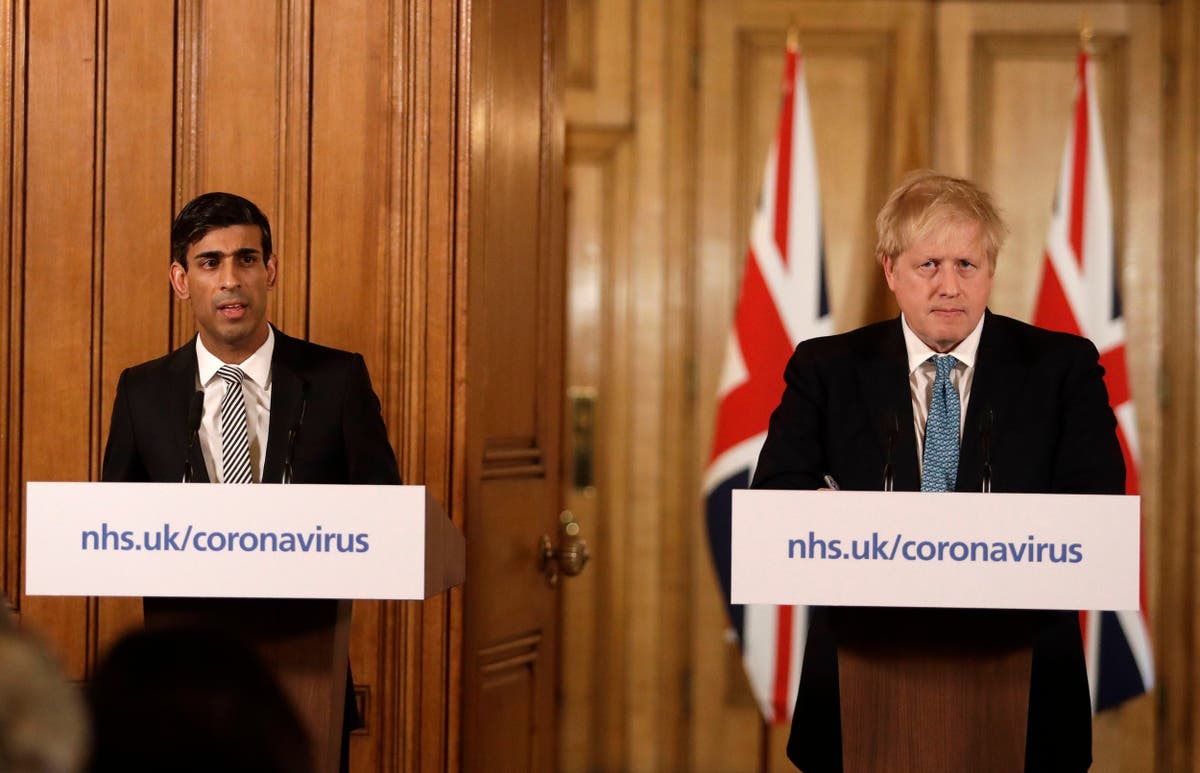 Chancellor Rishi Sunak unleashed the biggest state emergency support program for businesses since the 2008 financial crash, unveiling £ 330bn in government guaranteed loans and more than £ 20bn in cuts taxes and subsidies for companies threatened with bankruptcy due to the coronavirus crisis.

Mr Sunak also said he was ready to expand lending capacity to an “unlimited” level to help businesses, including pubs, clubs and stores, facing a financial crisis caused by the measures. Extraordinary lockdowns announced by Prime Minister Boris Johnson on Monday. And he announced a three-month mortgage leave for homeowners struggling because of the outbreak.

But the Institute for Fiscal Studies’ economic think tank warned that the chancellor – in office for only a month – “will have to come back with more,” as businesses could otherwise become financially unsustainable when loans are paid off.

The massive infusion of money – on top of a £ 30bn economic stimulus in last week’s budget – came as the government issued emergency legislation allowing police to detain of people suspected of being infected with the virus and allowing the government to close ports and airports and seize vehicles.

Earlier, Chief Scientific Adviser Sir Patrick Vallance warned that up to 55,000 people in the UK could now be infected and said it would be a “good result” if the eventual death toll could be kept below of 20,000.

Alongside Mr Johnson at the second daily coronavirus press conference at No.10, Mr Sunak said: ‘Now is not the time for ideology and orthodoxy. This is the time to be bold, the time of courage I want to reassure every British citizen – this government will give you all the tools you need to get through this.

Mr. Sunak also said the mortgage lenders have agreed to a program so “people don’t have to pay a dime for their mortgage fees before they get back on their feet.”

He pledged to work with unions and business groups over the next few days to urgently develop new forms of employment supports to help protect jobs and people’s incomes.

Mr Johnson acknowledged that the government’s call for the British to stay at home and avoid contact with other people was “unprecedented since World War II”.

And he tried to present himself as the leader of a nation at war, saying, “We must act like any government in wartime, and do whatever it takes to support our economy.”

“Yes, this enemy can be deadly, but it is also beatable.

“And we know how to beat him and we know that if, as a country, we follow the scientific advice that is currently being given, we know we will beat him.

“No matter how tough the months ahead, we have the determination and the resources to win the fight.

“And I repeat, this government will do whatever it takes.”

The repeated use of the phrase “whatever the cost” seemed a deliberate echo of former European Central Bank chief Mario Draghi, intended to reassure panicked markets in the same way as his 2012 pledge to protect the euro did so during the eurozone crisis.

The prime minister appeared to suggest he might bow to pressure to order the schools to close, saying the position was “under continuous review”.

When asked what he would do for the students on free meals if the schools were closed, the Prime Minister said: “As we make the decision on the schools, we will have plans ready to go. Education secretary Gavin Williamson has a plan to make sure parents of children eligible for free school meals get the compensation or treatment they need one way or another. We certainly anticipated this.

“This means that any business that needs money to pay rent, wages, suppliers or buy shares will be able to access a government guaranteed loan or credit on attractive terms,” ​​the Chancellor said. “And if the demand is more than the £ 330 billion I’m making available today, I will go further and provide as much capacity as needed.

“I said all the right things, and I meant it.”

Support will be provided through a new Bank of England loan facility and an extension of the budgeted business interruption program, which will now provide loans of up to 5 million. pounds sterling instead of £ 1.2 million, interest free for six months.

He announced cash grants of up to £ 25,000 for retail, hospitality and leisure with an assessed value of less than £ 51,000 to help them get through a period when customers have been advised to do not go to pubs and clubs.

A one-year business rate holiday will be extended to all companies in those sectors, the Chancellor said.

And he assured businesses that the government’s action will allow them to make claims against insurance policies covering losses from the pandemic.

The £ 3,000 cash grants for smaller businesses announced in the budget are expected to be increased to £ 10,000.

Mr Sunak said he was discussing with Transport Secretary Grant Shapps a potential support plan specifically for airlines and airports, which are suffering from a collapse in passenger numbers.

IFS Director Paul Johnson said that although “substantial”, the cash support for businesses announced by the Chancellor “is probably not well targeted to save jobs” as it will remain costly for businesses. retail, entertainment and hospitality businesses to keep their staff.

A package to support employment could include cuts in employers’ national insurance contributions, a delay in raising the national living wage and increased support for individuals through universal credit, as well as help for workers to find themselves. temporarily move to jobs currently in high demand, such as delivery. drivers and warehouse workers, he suggested.

UK Chamber of Commerce chief executive Adam Marshall said: “Businesses will welcome the scale of the government’s latest response, as well as the specific support it offers to some of the hardest hit parts of our economy. . These measures could be a lifeline for many businesses across the UK which are currently experiencing massive disruption due to the pandemic. “

But he warned: “Additional measures will be needed to help all businesses and their employees meet this unprecedented challenge. “

TUC General Secretary Frances O’Grady said: “The Chancellor is right to provide emergency support to businesses. But it can’t just be a boardroom bailout. It must also put money in the pockets of the workers.