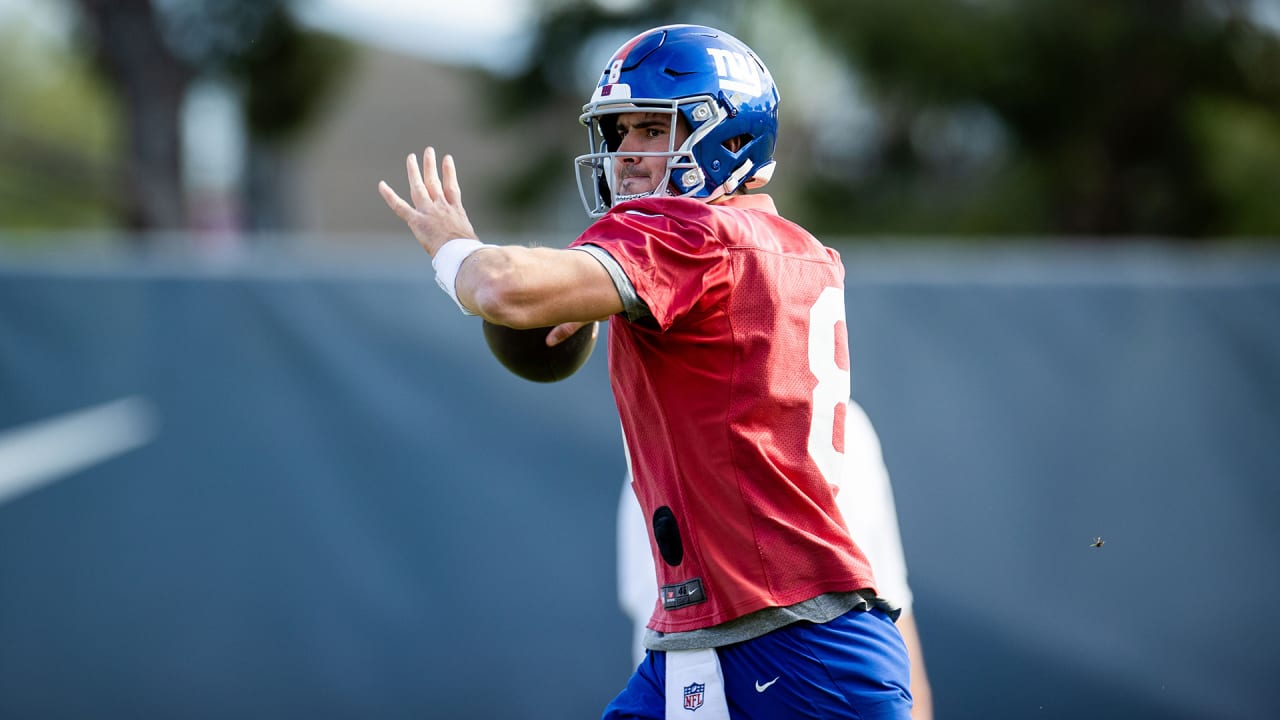 Daboll spoke on many Giant-related topics this morning, including…

* The decision to bring back wide receiver Sterling Shepard, who ruptured his Achilles tendon against Dallas on Dec. 19.

“I know Sterling has restructured (his contract). The short time I’ve spent with him, it’s just a class act. He’s the oldest giant, but I think he has some good skills for some of the things I can imagine him doing. He works in there in the weight room with the rehab guys. He’s been a really good person and (general manager) Joe (Schoen) concluded an agreement with him to bring him back and restructured his contract and we are happy to have him.”

* On whether the Giants did what they hoped with their first free agent acquisitions, including four offensive linemen and quarterback Tyrod Taylor.

“Time will tell. The guys we signed, I like those guys. We were given what we had in terms of salary cap, but guys like (Jon) Feliciano and (Mark) Glowinski, I think we’ve added a few pieces that will compete on the offensive line Obviously we’ve added a reserve quarterback, a few guys on defense that we think will give us depth I think the most important is we’re still about five months away from playing a game. Nobody panicking, everyone takes it one day at a time and tries to add as many pieces to make it as competitive as possible and keep building your team all throughout the season. Building a squad and adding players, there’s still a long way to go on that.”

*Can low expectations outside the Giants building be beneficial to the team?

“I think the biggest thing we can all do, starting with me and working down to the rest of the people in the organization – obviously Joe has to focus on the future and we all do that, but focus really on the day and try to win every day. Things are always going to be said in our league. It’s the most popular sport. It’s a big fan base with great support. You all have your job to do. do, and I understand that, but what we can do is just focus on what we need to do to improve each day. I learned a long time ago, when things are going well, try not to listen .When things are bad try not to listen I respect the people on the outside who love our game and report on our game and all we can control is what we can do this day and that’s kind of the mentality I’m going to adopt with myself e, with the staff and with the rest of the players.”

*On the addition of Taylor, a veteran quarterback.

“I think it’s important. In Buffalo, they did it last year when we acquired Mitch (Trubisky). Again, you’re trying to develop a schematic and a system for your starter, and you hope that the backup quarterback isn’t too far off that in terms of skill or ability or things like that we’ve done that before but I think it’s probably a little bit better if you can mirror that a little.

* Upon the release of security Logan Ryan.

* On what he can do to “unlock” wide receiver Kenny Golladay, who didn’t score a touchdown in his first season with the Giants.

“He’s a big guy who makes contested catches, so he’s like all the other guys. I went back and watched the Detroit seasons and he had some good seasons, just like when I came back and I ‘ve been watching KT (Kadarius Toney) in Florida You’re trying to do as much work as possible on these guys before they get there to see what they’ve been up to and find a way to use them in areas that they’ve excelled in. the things you’re going to ask them to do in offense. There’s games we’re going through right now, heck, if these guys want to get inside on that road, let’s find out when they get here and ask for Stef (Stefon Diggs) we had different routes that I’ve done before and it didn’t look quite like the ones I’ve done 15 years ago but I let it be him and do the things he can do to be successful and use his talents.”

* The Giants own the fifth and seventh selections in the NFL Draft next month. Given that he coordinated a prolific, scoring offense at Buffalo and is now coaching a unit that has struggled to score points, will it be hard to get around offensive players in the draft?

“That’s a good question. I’m trying my best. I’m new to this, aren’t I? I’ve got two months to go. I definitely don’t have the answers. Again, you you said. I started five years into my defensive football coaching career. I coached the offense, but it’s always cool to watch a defensive player and assess him like, ‘OK, I’m not really worried – if we play against this guy who gets drafted, we’re going to kick his ass”, or “this guy is pretty tough, he’s a good player”, that he gives the advantage. This is a good thing. I really enjoyed that. Rather sign an offensive guy or a defensive guy, I prefer to sign the best player where it suits. We have a lot of needs, so we’re going to pick the best guy we can pick from any of these places or any of these places or wherever it works.”

Community Service Board encourages students to give back – The Sunflower