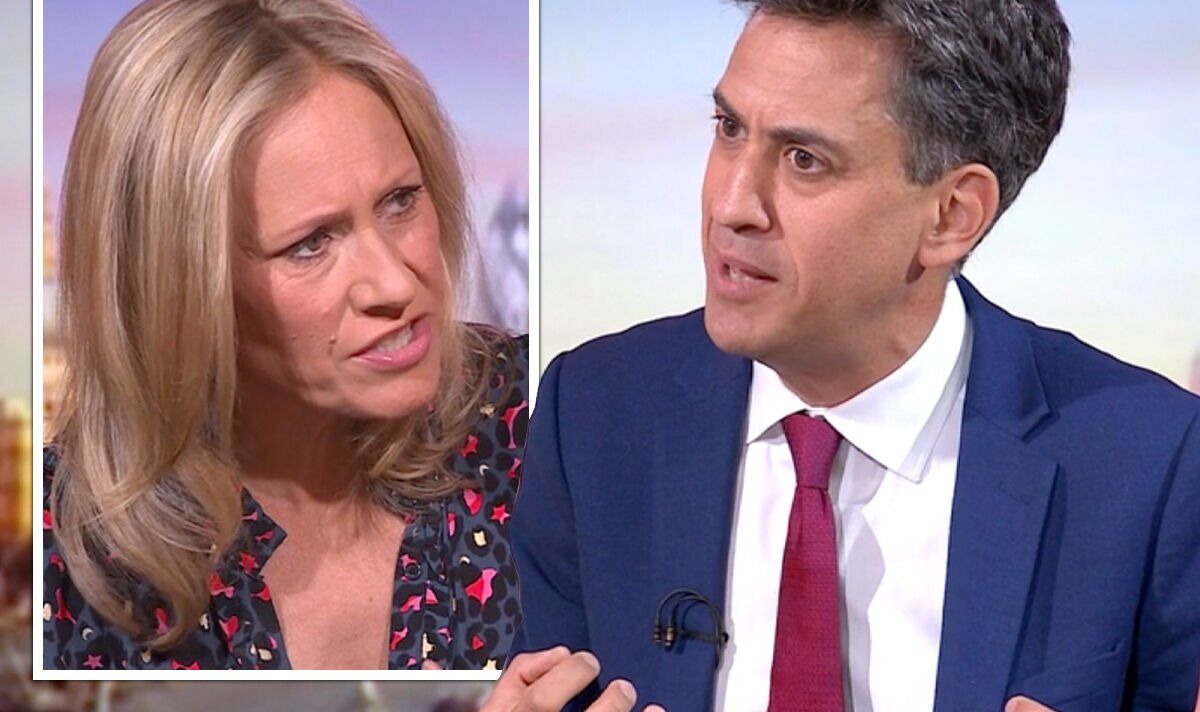 BBC Sunday morning host Sophie Raworth took Ed Miliband to task this morning as she claimed Labor is set to ‘soar in the polls’. Ms Raworth said the Boris Johnson partygate scandal, coupled with the devastating cost of living crisis, should see Labor polling significantly ahead of the Tories – not ‘just five points ahead’. The Labor MP struggled to defend his party’s standing among voters as he became visibly irritated and frustrated on air.

Mr Miliband said: “We have changed since 2019, we have listened to voters.

“Our job is to make change, and that’s the next phase of Keir’s leadership, which we’re doing with the windfall tax and climate investment pledge. He’s making tremendous progress.”

Ms Raworth hit back: “But you’re still only five points ahead. Shouldn’t you be ahead in the polls?

“You have Boris Johnson who has been fined for breaking his own Covid rules.”

JUST IN: Second referendum: UK would vote to stay out of EU, poll finds

The BBC host continued: “You have over 100 fines in Downing Street and Whitehall.

“You have energy and fuel bills that are going up. Why isn’t that showing up in the polls?”

Mr Miliband replied: “As a leader, I have learned that you don’t look at the polls, but look at the real results.

“And these real results show progress. Keir is not only someone of decency and integrity, Keir has his eye on the prize.

“He knew when he took over that he had a mountain to climb and we are climbing the mountain.”

Chris added: “Ed Miliband why does he think yelling makes his point real – what a useless tool.”

Overnight polling data from Opinium Research for Progressive Britain suggested Labor could win over Conservative voters by sticking to the cost of living in its messaging.

‘However, our report makes it clear that the Tory voters Labor must win over will only make the switch in a general election if they are confident that Labor can competently manage the economy.’