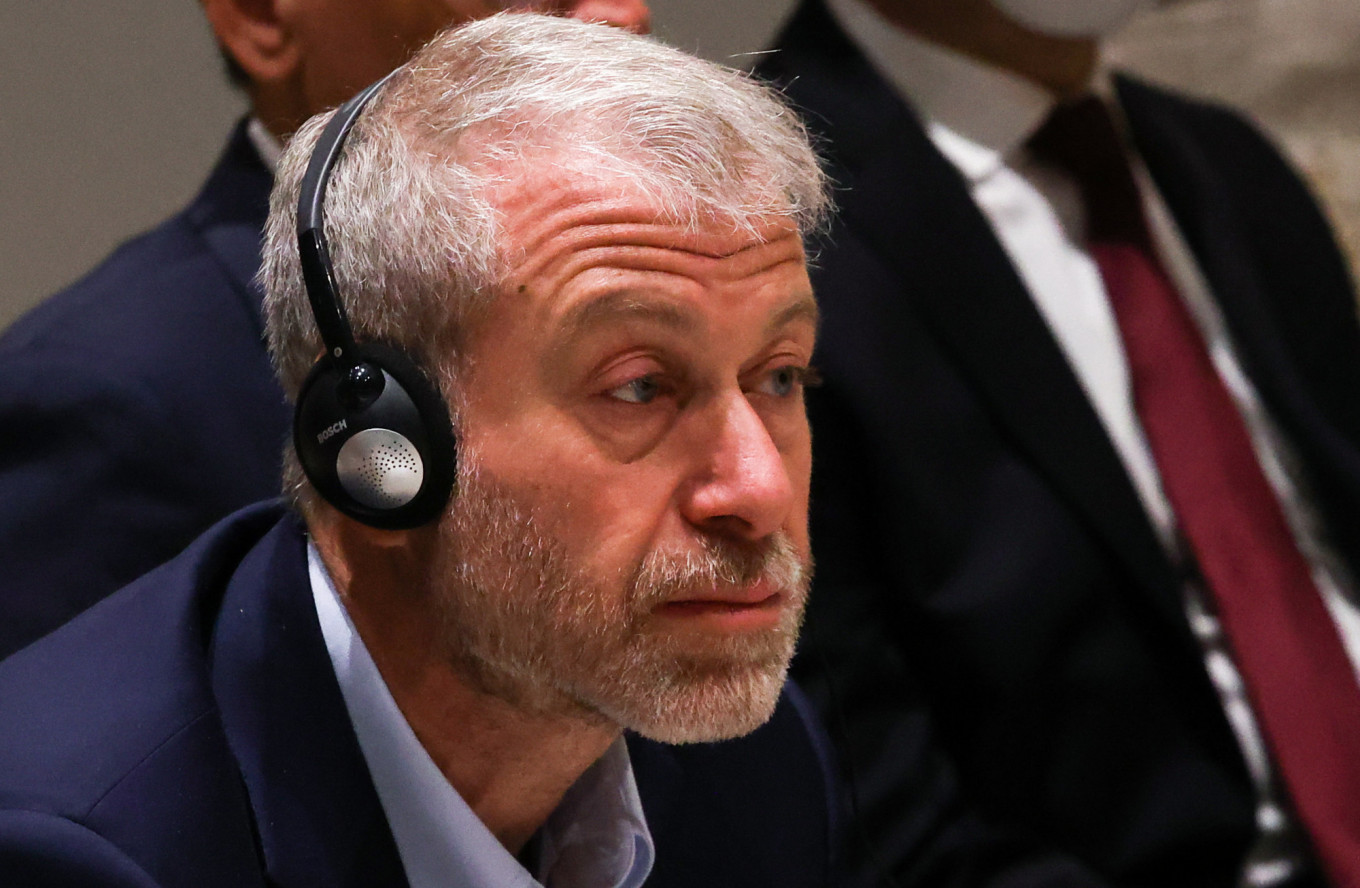 Abramovich: a surprise participant in the Russian-Ukrainian talks

When Turkey hosted talks between Russia and Ukraine last week, a familiar but unexpected face was seen among officials and diplomats gathered in a wing of the former imperial palace of Dolmabahce in Istanbul.

It’s Roman Abramovich, the Russian billionaire tycoon and owner of Chelsea Football Club, who has long sought to balance cordial ties with the Kremlin and a jet-set lifestyle in the West.

What was he doing at the Istanbul talks?

“Abramovich participated in the negotiations as a member of the Russian delegation,” Turkish President Recep Tayyip Erdogan explained.

He said Abramovich’s presence indicated that the oligarch had the “trust” of Moscow.

Turkish Foreign Minister Mevlut Cavusoglu said Abramovich had made “sincere” efforts for peace since the early days of the war, adding that he had made a “positive” contribution to diplomatic efforts.

Kremlin spokesman Dmitry Peskov said that while Abramovich was not an official member of the delegation, he was involved in “ensuring certain contacts” between the Russian and Ukrainian sides, for which he had the approval of both parties.

Adding to the intrigue, the Wall Street Journal reported last week that Abramovich had traveled to Kyiv earlier in March to meet President Volodymyr Zelensky. While there, he suffered a suspected poisoning attack which temporarily affected his eyesight.

“The Right Side of History”

Analysts say Russia’s invasion of Ukraine was a personal disaster for Abramovich, leaving him sanctioned by the EU and UK, forced to sell Chelsea and see billions wiped from the value of his assets.

He has a vested interest in seeing a peaceful end to the conflict and possibly playing a role that could win him back the favor of Western capitals that once welcomed him so ardently.

Alexander Baunov, a senior fellow at the Carnegie Moscow Center, said Abramovich’s presence at the talks had “various possible explanations” but could be linked to “reparations” in rebuilding destroyed areas in Ukraine, possibly using private money.

“For Abramovich, it’s also a welcome chance to be on the right side of history,” he added.

For critics, the situation has only exposed the reality that Abramovich is a pro-Kremlin oligarch who has managed to enrich himself through close ties to President Vladimir Putin.

Abramovich “had privileged access to the president and enjoyed a very good relationship with him. This connection with the Russian leader has helped him maintain his considerable wealth,” the EU said last month when announcing sanctions against Abramovich and other Russian oligarchs over Ukraine. .

In a possible bid to avoid being hit with sanctions, two luxury superyachts owned by Abramovich – the 160-metre-plus Eclipse and the 140-metre Solaris – have docked in Turkey, which has not joined the European sanctions.

The docks of Russian oligarch Abramovich’s superyacht in Turkey

Maria Pevchikh, head of investigations at Kremlin opponent Alexei Navalny’s anti-corruption foundation, described Abramovich as “the most loyal and dedicated of Putin’s oligarchs”. She said they took advantage of a tacit agreement with the Kremlin to stay out of politics.

Her participation in the talks “feels like a publicity stunt to me,” she said.

In a surprising career turn, Abramovich served from 2001 to 2008 as governor of the sparsely populated region of Chukotka in Russia’s far northeast, pouring his own money into one of the least developed regions of the country.

Abramovich was co-owner, with the government, of the Russian television Channel One. The channel gained notoriety during the invasion for its pro-Kremlin reporting and for being the target of an on-air protest by a disgruntled reporter.

It reduced its stake to 20%, then sold that last part to a Russian state-owned bank in March 2019.

According to Forbes magazine, the invasion of Ukraine reduced Abramovich’s net worth to $8.3 billion (7.6 billion), down from nearly $15 billion before the start of the war. assault.

“And he probably only has limited access to it,” he said, describing the invasion as a “personal, financial and now physical disaster” for Abramovich.

Famous for his publicity shyness and never giving interviews, Abramovich announced in a rare personal statement on March 2 that he was selling Chelsea football club, although British sanctions mean he cannot profit from the sale.

In a carefully worded statement that contained no criticism of the Russian invasion, he said at the time that a foundation would be established “for the benefit of all victims of the war in Ukraine”, including their immediate needs as well as “supporting the long-term recovery work.”

“The most important thing is that Putin trusts him. But Zelensky can also trust him,” Konstantin Kalachev, a Russian political scientist who has worked with the ruling party, told AFP.